East of the Ljubljana city center lies the recently developed residential district of Nove Poljane (New Poljane)⎯the site of a former army base under the control of the Yugoslav army. There, under a modest shade tree standing at the edge of a small neighborhood park,…[showhide type=”pressrelease”] 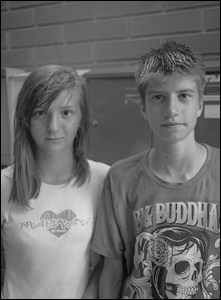 would be the epicenter of a two-week workcamp consisting of seven international volunteers from Spain, Finland, Croatia, Czech Republic, the United States, and Slovenia. Their task was to organize recreational activities for local children and teens who would otherwise have limited options for how to spend their summer vacation. In both urban and suburban communities alike the task of finding safe and reliable outdoor activities for young people is a shared concern throughout the world. During the almost 20 years of volunteering for organizations like Service Civil International (SCI), I’ve come realize that a large part of their purpose is to meet this concern by working with public and private entities in organizing workcamps like Nove Poljane, which should consist of talented and motivated volunteers who hold a high regard for local youth and their communities.

These photographs are the first of two sets recognizing the volunteers, kids, and others who were part of my experience traveling in Slovenia during the summer of 2012. My aim is to convey through both portraiture and landscapes distinct impressions, feelings, moods, and tastes when combined would comprise of one of the most memorable summers in my life as a volunteer. Physical and mental work, relaxation and play, intellectual and cultural exposure, fine food and drink, city, countryside, beaches, camaraderie, animosity, and drama⎯this workcamp contained all the ingredients of an unforgettable summer experience.